Celebrating the 10 years’ anniversary, Apple launched three new smartphones. Contrary to the leaks and several mentions on the media as iPhone X, the new iPhone is dubbed as ‘iPhone 10’. On the unveiling event, iPhone 10 (iPhone X) was not the sole successor of the Apple family. The iPhone 10 (iPhone X) was accompanied by negligibly upgraded 4.7-inch iPhone 8 and 5.5-inch iPhone 8 Plus models. 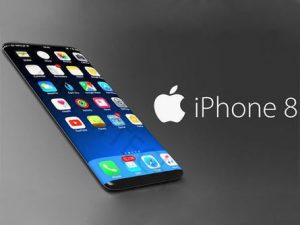 Apple had been using the moniker ‘Retina Display’ with the use of IPS LCD panels and packing slightly more than 300PPI pixel density. Now the new iPhone’s display will come under Super Retina moniker which will use OLED Screen with the resolution of 2436 x 1125 pixels packing 458 PPI pixel density. The presence of OLED will ensure the iPhone X to have a more vivid display and punchy colors than the traditional iPhones. 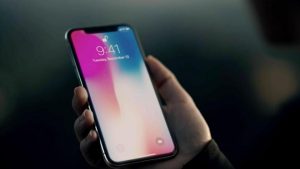 source: Circuit Breaker
The iPhone X’s 5.8-inch encompasses almost all of the device’s front surface. The ultra-thin bezels have made the device remarkably more compact and come in almost the same size as that of 4.7-inch iPhone 7. And focusing on the bezel-less design, Apple had to bid farewell to its iconic circular home button on the chin. It is now replaced with an intuitive swipe gesture, which can be used to get back to home screen, multitask apps, access recent apps, etc. And along with the home button gone, it took away the fingerprint sensor that used to reside on it. However, Face Recognition Technology has been introduced to maintain the security intact. In terms of build material, iPhone X will sport all-glass enclosure with a stainless steel band to add some rigidity.

Powering the iPhone X is a hexacore A11 Bionic neural processor. The processor includes two performance cores which are 25% faster, four high-efficiency cores that are 70% faster, a second gen Apple-designed performance controller that has 70% multi-thread workloads, and an Apple designed GPU with 30% faster-processing speed.

The new chipset included on the device flaunts high processing speed and power efficient operation. And with the A11 processor to power the device, Apple boasts the iPhone X to be the most powerful smartphone till date.

The dual camera setup on the iPhone 7 plus was the most praise-worthy spec on the iPhone last year. With the iPhone X, Apple has given continuation to the inclusion of a dual camera. But this time the cameras are oriented in a vertical configuration.

The 12MP dual camera setup on the rear panel of the iPhone X has a 12MP wide-angle lens and a 12MP telephone lens with the aperture being f/1.8 and f/2.4 respectively. The notable difference to the iPhone 7 Plus will the presence of OIS (Optical Image Stabilization) on both the lenses.

In terms of photography, iPhone X along with the iPhone 8 models will receive Apple’s new Portrait Light mode, which offers to alter the lighting conditions in a shot. On the videography, all the newbies will be capable of recording 4K videos up to 60fps frame rate and 1080p videos up to 240fps.

Up front, there is a 7MP front camera. In addition to Portrait mode, the new iPhones includes Apple’s new Portrait Lighting mode. This mode allows the user to alter the lighting conditions in a selfie.

Removal the Touch ID, Apple opted to use facial recognition as a primary biometric security feature for the exclusive flagship. With the aid of an infrared camera, flood illuminator and dot projector, the iPhone X is capable of detecting and analyzing faces at a high rate of accuracy – irrespective of the lighting conditions and alterations like a change in hair/beard styles and eyeglasses.

The advanced arrays of front-facing cameras and sensors, iPhone X is capable of capturing and translating the facial movements into animated emojis which is termed as Animojis.

The new iPhone X is IP67 certified. It means that the device can stay underwater at the depth of 1 meter (around 3 feet) for up to 30 minutes without causing damage to the device.

According to the Gen Nxt, the authorized distributor of Apple products in Nepal, the phone will be available in Nepal before Tihar. The phone is expected to be close to the international pricing and will include mobile insurance, Ncell data, energizer (pre-bundled) and accessories. To add flexibility on the purchase, Gen Nxt also offers EMI facility.

iPhone 8 and iPhone 8 Plus

Play "Bodhi Chhaya" At Nachghar will be Shown for a Year